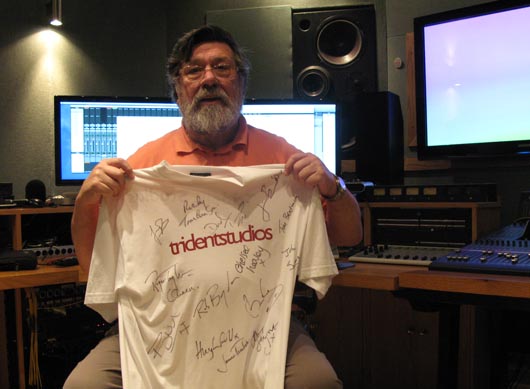 Throughout the year we see many TV series and dramas come our way, among the most recent is Hat Trick's upcoming comedy drama for ITV; Great Night Out (working title). Not scheduled to air until later this year (or perhaps even next year), it sees a group of four thirtysomething men gather each week for a night on the tiles in Stockport. Ricky Tomlinson plays a pub manager and was in to record his ADR for the show along with all the other cast members. In between takes, he happly signed our Trident t-shirt destined for a charity raffle in aid of the RNLI.

Salman Rushdie's latest book, his memoir 'Joseph Anton', launched last month, and to coincide with its release was an audio book version read by Sam Dastor. Trident was trusted by Random House to record the highly embargoed unabridged script across 10 days in July. Now available to buy from all good online retailers. 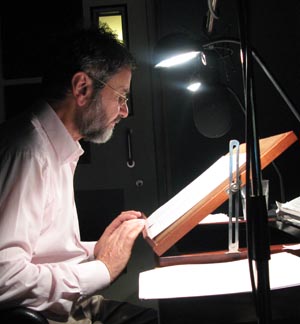