Trident recently completed recording the series ADR on E4's new comedy show, Beaver Falls, the story of 3 British lads working their way through an American summer-camp. The cast came to Trident over a period of weeks to re-record all the lines and dialogue that needed replacing.

Watch episdode 3 this week or catch up with the series on 4OD.

Although probably best known in the UK for his role as Lovejoy, Ian McShane has carved out an incredible career in the states in various TV and Hollywood film roles. He came to Trident recently to record idents for the Golf Open Championship for ESPN. The session was directed via phone patch to the US. You can listen to them on our showreel page here. 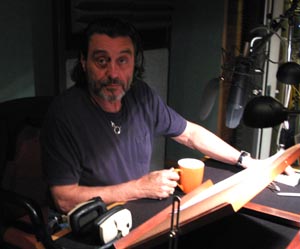 Phil Liggett has been commentating on the Tour de France for 38 years earning himself an MBE in the process for his sports journalism work. He also commentates on Triathlons so was in the studio recently to record VO for ESPN's Ironman series. The session was yet another directed remotely from LA using a telephone patch; all the director had to do was call the studio's direct-dial number on his mobile phone. 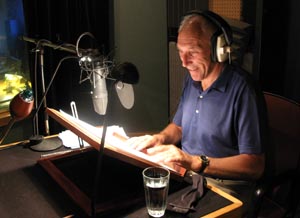