We'd like to wish all our clients a Merry Christmas and thank you for your support over the past 12 months; we look forward to your continued bookings into 2010.

Looking back on 2009, it's been a bumper Hollywood year for us here at Trident with highlights including: filming with Sir Paul McCartney, ISDN ADR links with Kate Hudson, voice-over recording with Kate Winslet, computer game narration with Tom Wilkinson, and all mixed around our other bookings of coporate/foreign language VO records and program mixes. You can email or call us direct for helpful friendly advice (020 7734 6198).

Studio 1 as a backdrop

The last time Paul McCartney was at Trident was recording Hey Jude and tracks from Abbey Road back in the late 60s. We were treated to another visit this year when the charity, PETA, brought him in to record a VO about abattoirs, but it ended up turning into a piece-to-camera! You can see the video Paul made on the PETA website, but please be aware it may make you go vegetarian! 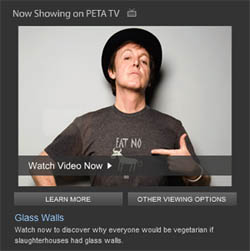 Limahl for The One Show

More filming took place when BBC One's The One Show returned to use our control room as a backdrop for an interview they did with Kajagoogoo's Limahl - Too Shy! 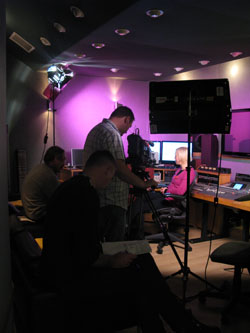 The longrunning weekly computer games show has come to Trident. A session that's as quick-fire as the games it talks about; involving a VO record with live mix from a supplied M&E, frenetic! Catch it on Film24 at midday Saturdays and repeated throughout the week. 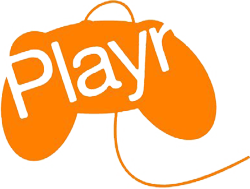 Again for 2009 ADR has been our mainstay of work, covering both feature and broadcast work. The latest features have been Valediction and Killer Inside Me. Broadcast work has included Skins, Tracey Beaker & K9.