We'd like to wish you a Merry Christmas and Happy New Year and thank you for your support over the past 12 months and look forward to seeing you in 2011.

Looking back on 2010, it's been a tough year for everyone but has bought us some memorable sessions. We, as ever, have continued to evolve with better remote directing facilities such as dial-in over mobile, skype, iChat, Source Connect, all running sessions from around the world. We have also given our Studio1 booth a makeover with improved acoustics and it can now easily accomodate upto 10 actors. We look forward to what 2011 brings...

2010 bought Studio3 online and then immediately it was turned into railway sidings recording the localised US version for Disney of the highly successful kids animated show, Chuggington. Gemini's Lance England (who relocated to Trident) has been on the foot plate running Pro Tools and re-recording the show line by line. Choo, choo, well done Lance!! 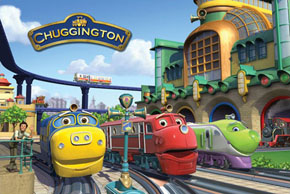 Olympic Gold medalist and World Record holder Jonathan Edwards has been visiting Trident to fine tune his voice over for the Olympic Village flyover video. 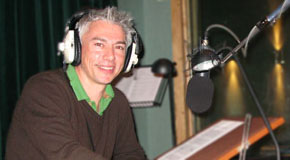 Hit shows in 2011 already under our belt

ADR FOR SKINS ON CHANNEL4

The hugely popular Skins on Channel4 is now in its fifth series with its third cycle of cast and we've been recording some of the episodes ADR. Having been involved with it since series one, it's incredible to see the entire cast change and the show evolve.

We like to flex our mental muscle here at Trident and keeping the work varied is the best way. We try not to pigeon-hole ourselves as an X or Y type of studio but would rather be known as a complete solution to your audio needs. If you think we can of service to you, please do get in touch even if just to say hello! 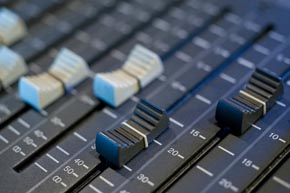