Skins returned to use our ADR recording services to finetune another great series which you can currently catch on E4, both on-air and online. Now in it's sixth series, the show hasn't stopped evolving since its premiere in 2007.

Catch up with more about the show here.

Geoffrey popped in to our Studio 1 to do some McDonald's ads for our Aussie friends via ISDN. Given the time differences between us and Sydney, it was the remote studio who pulled the short straw and who had to stay late to connect to us in the mid morning, thank goodness!! 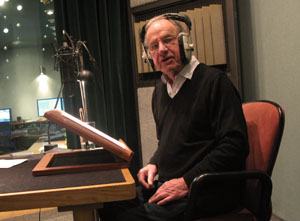