The Sweeney ADR at Trident

Nick Love's latest film, The Sweeney, came to Trident to work on the actor's ADR. We saw Ben Drew (AKA Plan B), Damian Lewis and Ray Winstone through our door to record with our latest Pro Tools 10 rig. The film sees its release later this year. 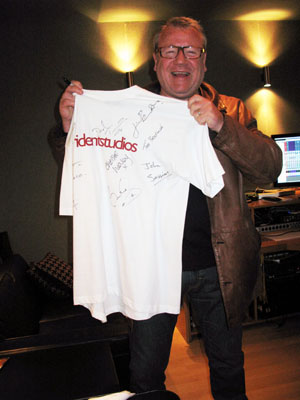 Ray taking a minute out to sign our t-shirt that will be raffled in aid of the RNLI as it collects more star signatures.

Ex chairman of both the BBC and ITV, Michael Grade, came to our Studio1 to record his narration for his own documentary on pantomime dames. Due to air on BBC Four later this year (Christmas we expect!), the film shows how the theatre world evolved to make a comedy feature out of men dressing up as characterised women. Michael's interest in pantomime comes from the fact his father was the incredibly successful theatrical agent, Leslie Grade. 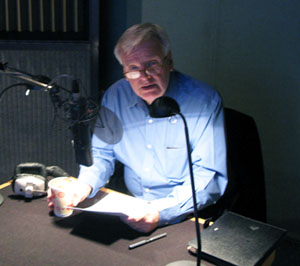 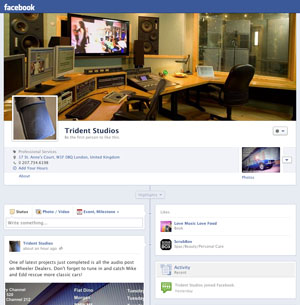