Starting 12th October, Wheeler Dealers is back for a new series on The Discovery Channel. Trident has worked and polished the audio from VO record through to mix and delivery. Now in its seventh series Wheeler Dealers is still at the top of Discovery's schedule and while Mike and Edd are still turning around great car restorations it looks set to continue.

Pilot cop series from the books of Peter Robinson

Concluding last night on ITV and ITV HD was the second part of ITVs latest pilot cop series. All the ADR was recorded here at Trident and we had great feedback from the production team on how well the re-recorded audio blends in! If you happen to have it on your Sky+ box still or want to watch it via the ITV player, then some re-recorded scenes in episode 1 to listen out for are the entire intro up until the attack, and then the café scene (@ 12min 50sec). Truly seemless work! 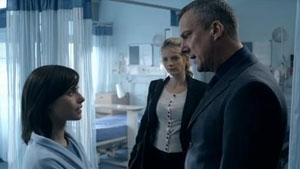